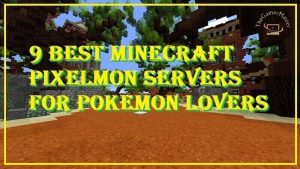 Other best Minecraft Guides By The Gamer Master

The Pixelmon servers are the Minecraft equivalent of the best GBA Pokémon games that have dominated the fandom. Some of them have planets similar to the cities of Pokémon. Others, on the other hand, offer full games where you can battle, collect, and train Pokémon in Minecraft.

However, as you might think, these servers do everything within the confines of the Minecraft biomes. The Pokémon may look like their anime counterparts, but the cities are still blocks. This intriguing combination of animated landscapes and Minecraft blocks is tinged with nostalgia.

Please note that all Pixelmon servers are hacked, and most of them may require you to download Minecraft modpacks. Some may even require you to install Forge in Minecraft to work. So before you join, be sure to check the prerequisites for each server.

Pxelmon Servers 2021 PokemonUltra Modpack is the server mod pack. This Pixelmon Minecraft server claims to be the best on the market and offers many features to back up this claim. It has about 800 Pokémon and many places related to the anime, as well as many other servers. There is a Pokémon Town and an Oasis, as well as other Minecraft servers in unusual locations.

Complex Gaming Pixelmon Server Modpack The MC Complex starts our list off with a bang. It is one of the few Pixelmon servers on our list that uses Minecraft version 1.18 or later. Because of this, in addition to a wide variety of Pokémon, this is one of the most popular Pixelmon servers. It features gyms, trainers, and wild Pokémon to recreate the anime experience.

However, if you do not choose to enter their domain Pixelmon provides other types of games. Most of them feature structures inspired by Pixelmon. If you need a break, this server also includes various Minecraft server adventure maps. These pixelmon servers span many pop cultures, such as superheroes and cartoons.

PokeSaga expands on the standard Pixelmon open environment by adding unique quests. We get access to a variety of custom skill sets, guilds, and most of all, global monsters to defeat. In terms of gameplay, the server features Pokémon gyms, fights, unique maps, and a large number of active trainers. There are several Pokemon domains to explore and discover different environments and game types. The best Minecraft Pixelmon servers: PokeSaga.

Because the server is on an older version of the game, it works fine on most contemporary PCs. In addition, this server has one of the most attractive main lobbies. It has huge sculptures of legendary Pokémon in a mysterious landscape.

Pixelmon Realms is a server mod pack. Don’t let the name fool you; this server has nothing to do with Minecraft Realms. However, the things it offers may be superior to most of the official Realms. It contains about 800 Pokémon from all eight generations of the series.

You may even face some boss Pokémon later on in your quest. Pixelmon Realms Official Screenshot – Best Pixelmon Minecraft Servers Also, there are several quests in this Pixelmon server. Some of them have NPC roles inspired by the original Pokémon games.

To protect the pixelmon server IP, the system doesn’t get too congested, it’s subdivided into numerous smaller realms. If that’s not enough to entice you, the server is also introducing a host of new dishes to the game.

The fun Minecraft servers even have a survival section that Bedrock players can access. However, the Apex servers, due to modding limitations, will not be able to get any of the Pokémon adventures.

Pokeland mc. poker land. the world is the server address.
PokéLand – Pixelmon. Server mod pack. Our next Pixelmon server follows the same basic idea as the previous ones but tries to provide a unique experience.

Instead of providing us with particular locations, its main goal is to provide players with a Ground Pokémon. Players can interact, explore, and try to discover Pokémon here. If you can’t find the pocket monster you want, you can buy it online at pokesaga.

The best Minecraft server developers offer many upgrade options that cost real money. The server, on the other hand, returns the same by hosting monthly tournaments. Pokemon Minecraft players can earn a variety of exciting rewards, including real-world money, in this game, the best Minecraft faction servers. We do not recommend investing money unless you like the server, which has a small number of active players.

Best Minecraft servers Fruit Pixelmon Server Modpack The Fruit Network is the last but not the least. Skyblock, Survivor, Prison, and Pixelmon are among the game modes available. Pixelmon on this server combines the standard style with a survival game. You can spend your time exploring unique gyms, MMOs, weekly tournaments, and even special Pokedex prizes.

Atlantean Pixelmon Server Modpack.Poke Paradise seems to contain the latest Pokemon from any of the best Pixelmon Minecraft servers. It includes the Gigantamax and Eternamax forms of Pokémon in addition to the usual generations. It also includes several of the newer areas from the anime series and textures from the Minecraft Java servers.

But that is no longer the case as you simply need to install your Pixelmon mod with this upcoming server. The server then places you in an open environment loaded with Pokémon as soon as you load it.

The server has its user interface and even its launcher. Both are based on the original series of Pokémon games. So, in a way, you have a new Pokémon game in addition to Minecraft that you can play on the go.

Bonus: How to change the version of a Java game
With all the best Minecraft Pixelmon servers covered, it’s time to learn how to manage them properly. Since most of these servers are running Minecraft Java version 1.12.2, you must update your game to that version from the Minecraft server list.

1. First, run the Minecraft game launcher and navigate to the “Installations” tab under the Java section from the top navigation bar.

2. Next, select the “New Installation” option.

3. Then in the name field, type the server name you want.

Then from the server drop-down option select “version 1.12.2”.

Then, in the lower right corner, click the “Create” button.

4. When the new version is complete, it will appear in the list of installations.

Now you are ready to embark on a nostalgic trip to the world of Pokemon with the best Pixelmon Minecraft servers. Plus, with the right Pixelmon modpacks and game version, you’ll be able to start playing as a trainer in no time. If you don’t want to connect to the online Minecraft survival servers, the modpacks on the servers also work offline. You can also get similar top Minecraft modpacks on other popular series Minecraft parkour servers. Each can take you on a whole new journey through magnificent realms.

You can take things even further by installing Optifine in Minecraft. It gives you the ability to enhance the visuals and performance of your Minecraft environments. Optifine’s capabilities are especially beneficial on Pixelmon servers, as most of them support the best Minecraft shaders. With these qualities, your Pixelmons will be able to resemble modern video game characters. However, we will not keep them here much longer. It’s time to choose the best Pixelmon servers and start catching Pokémon.

Which Pokemon are you most eager to catch?

Tell us in the comments! 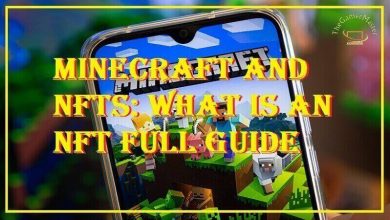 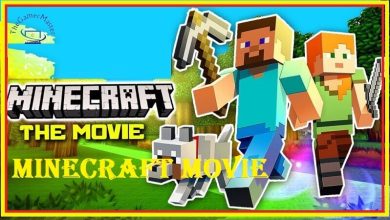 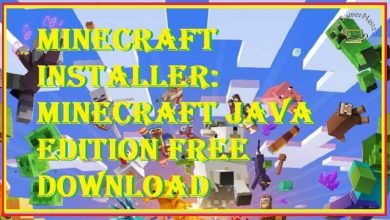 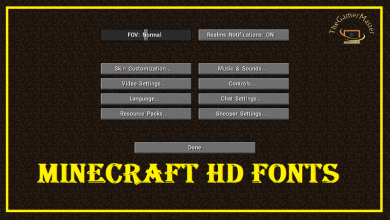